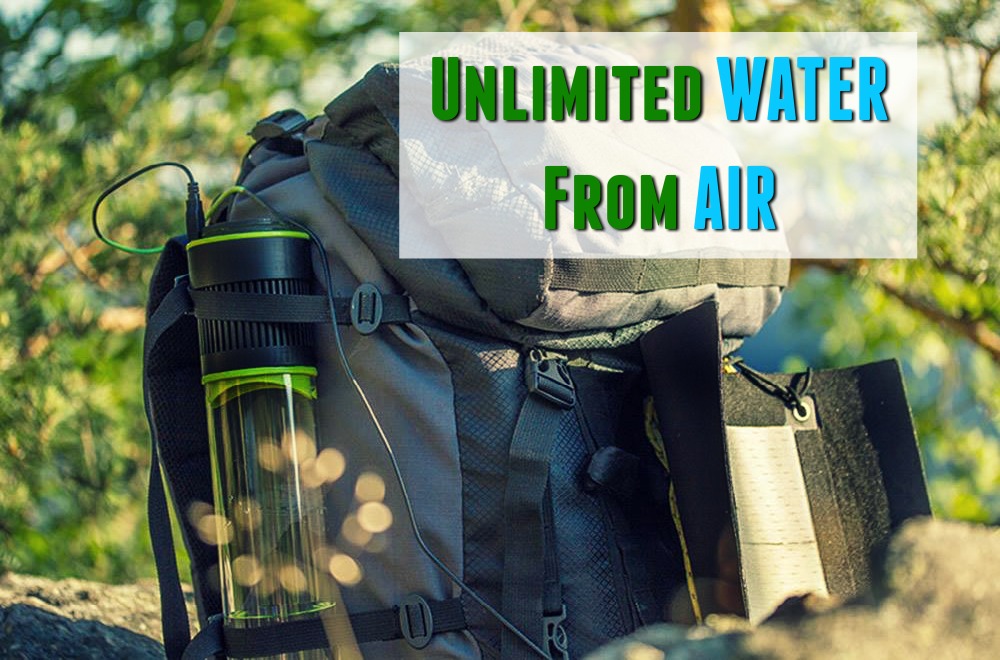 Would it be great to make your own drinking water from air while you hiking, riding a bike or just traveling? We have a good news, there is a project called “The Fontus” and in near future it will be possible. The industrial designer form Vienna is hoping to make it work soon. We are very excited about it. Beautiful future without plastic bottles. Long adventurous trekking in the dessert would not be a problem anymore.

Kristof Retezár, a designer from Vienna, invented a device that can extract humidity from the air and condense it into drinking water. The handy gadget can be attached to a bike so that cyclists can generate water during rides through the countryside, where there are few pit stops.

Fontus works using the basic principle of condensation, which can be easily demonstrated by taking something out of a refrigerator (for instance, a can of soda) and leaving it on the kitchen counter for a bit.

The solar-powered device consists of a condensator (which functions like a cooler) that is connected to a series of hydrophobic surfaces that repel water. Because they’re hydrophobic, they immediately repel the condensed water that they created, so you get a drop flow [into the bottle]. Basically, you take air in a vapor state and converting it into a liquid state.”

In optimistic scenario Fontus should produce 0.5 liters of water in 1 hour in “really good” conditions, which means temperatures between 30 to 40 degrees Celsius (86 degrees and 104 degrees Fahrenheit) and between 80 percent and 90 percent humidity.

But to make it work in real world at affordable price (not just a fancy tech gadget) there are two important things to improve:

1. Solar panel efficiency. Today’s commercial solar panels convert between 10-25 percent of their available energy into electrical power. Most solar panels on people’s houses reach around 14 percent. To be usable we need to reach at least 50 percent efficiency. There is some research with very good results reaching up to 44 percent efficiency. With a technological progress we might reach this level soon and making drinking water from air will be common gadget between travelers.

2. Indicator of clean water. During the process you should see immediately if the water is clean without any toxins and ready to drink. 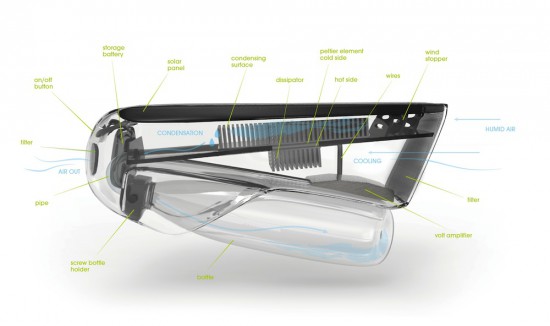 The prototype includes a filter to keep dust and bugs out of the water but it does not include a way to filter potentially harmful contaminants at the moment.

Retezár is also working on a stand-alone version with inverted ventilator to suck air into the system. This next-generation version could be used in regions of the world where humidity is high, but water is scarce.